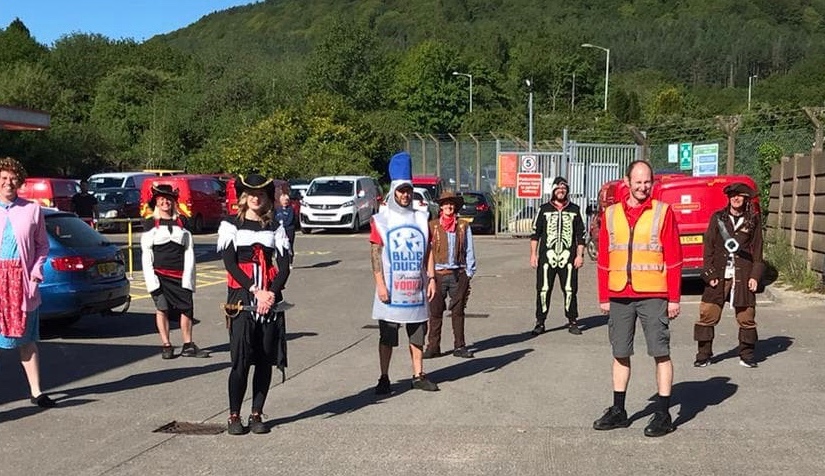 You may have had to look twice last Friday when your Royal Mail was delivered by a Cowboy, Sailor, Smurf, along with a variety of other characters, as Pontypool Posties donned fancy dress to raise funds for Noddfa Church after a recent burglary, resulted in thousands of pounds worth of musical instruments being taken.

Each Friday for the foreseeable future, our posties based from Pontnewynydd Sorting Office will be dressing up to *raise funds for local charities.

Speaking to a member of staff I was told “We had to suggest several charities or good causes to support, Noddfa was suggested as it’s local to us and after having a break in, it was a no brainer, they do an awful lot for the community.

We had a show of hands and they won!”

Thank you Posties for bringing cheer into the area and raising funds for various causes, during these unprecedented times!

The residents of Abersychan Ward, can’t wait to see you next Friday!

*If you’d like to donate, then give directly to your postie. A fundraiser page will be set up shortly by them.

This site uses Akismet to reduce spam. Learn how your comment data is processed.