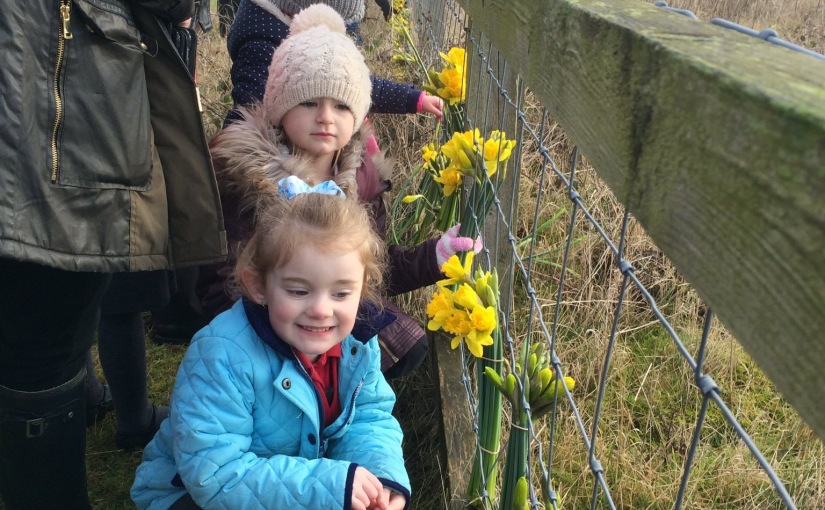 Today is the 127th Anniversary of the Llanerch Mining disaster which took the lives of 176 men and boys from the local area. As we have done for the past 3 years, Gwyneira, Wayne and myself organised a walk to the site from the car park situated below.

This year we were once again joined by Council Officer Fiona Ford who gave the children from Garnteg and Victoria Primary Schools a short history lesson based on the event all those years ago.

The route to the Llanerch is the same route taken by loved ones 127 years ago, we time the walk at 9am, which is 10 minutes after the explosion on February 6th 1890 to correspond with the time everyone would have been rushing to the site to see if there were survivors

This year we invited the Mayor of Torfaen to attend along with our MP, Chairman of Pontypool Community Council and the Leader of Torfaen County Borough Council along with members of the public.

This I felt is deserving for the miners who lost their lives.
Once again we were blessed with the weather and the mist climbing up the valley give the whole site an eerie feel which added to the experience.

Pastor John Funnel led prayers which was then followed by the laying of daffodils around the fence protecting the filled shaft. 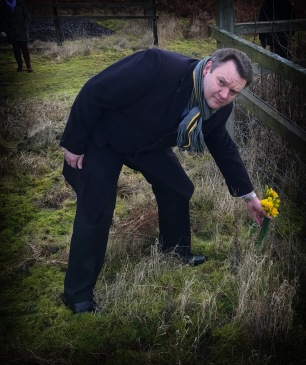 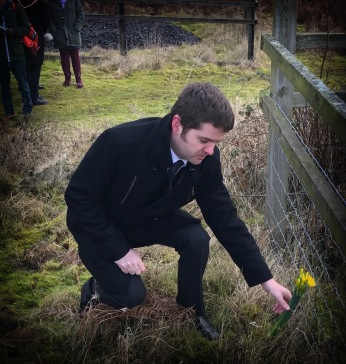 I must also say thank you to the Millennium Hall Committee who made lunch boxes for the children attending and Gwyneira Clark for collecting the 25 bunches of Daffodils. 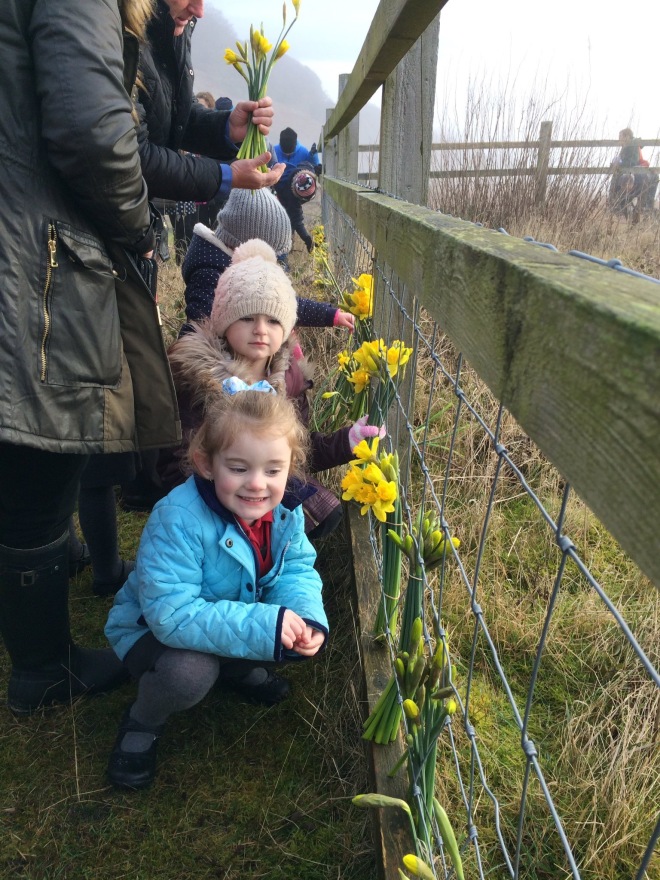 Without the support of Gwyneira, Wayne and the Millennium Hall Committee, the organising of this annual event would be so much harder to achieve.

This site uses Akismet to reduce spam. Learn how your comment data is processed.