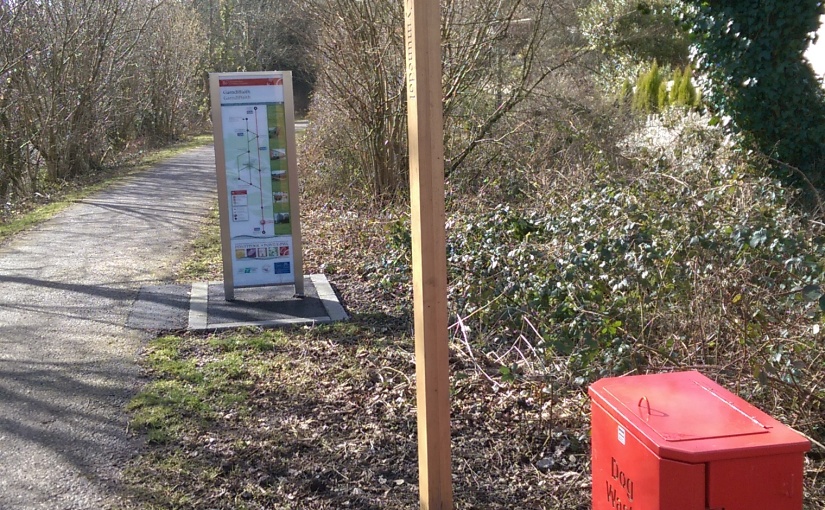 Just got back from a brisk walk about the ward, today covering Talywain, Garndiffaith, Cwmffrwd and Abersychan.

Noticed a lot of black bags plonked around the Clothes Back at Talywain, obviously whoever put them there doesn’t understand that the clothes actually go inside the container, too late today to do anything about it, so will chase up Monday.

Walking across Herberts Road at Garndiffaith I was pleased to see the several bags I reported had now gone and the general area in itself wasn’t too bad.

It was also good to see the old steadmans shop on Stanley Road being given a fresh lick of paint and not looking so sorry for itself.

Further down I was glad to see that the doggie bin has now been moved to where I had asked for it to go before it was installed on the cycle track.

Sad to see a crack in the new mirror under the bridge on Harpers Road, this I will keep monitoring until it needs replacing.

Stoney Road looked ok, there’s a few potholes forming, so again will keep an eye on them.

Popped to see a resident then at Cwmffrwd who has a sewerage issue that I was contacted about for advice earlier, Welsh Water are attending later to sort out a blockage further down the line.

Good to see the fibre cabinet installed outside Victoria School, this should be connected by the end of March.

Ffwyd Road looked ok, but the small car park opposite Petals Florist needs a good clean, so will request that.

Visited Randel’s Butchers in Abersychan for a chat and to pick up a few items before inspecting Abersychan Clothes Point, which unfortunately has had several electrical items dumped there along with a kitchen cupboard, again the person responsible needs educating to what can be put there!

The walk back to Talywain wasn’t too bad with very little litter issues to report. Obviously I picked up more issues along the way, but I have tried to condense this write up 🙂